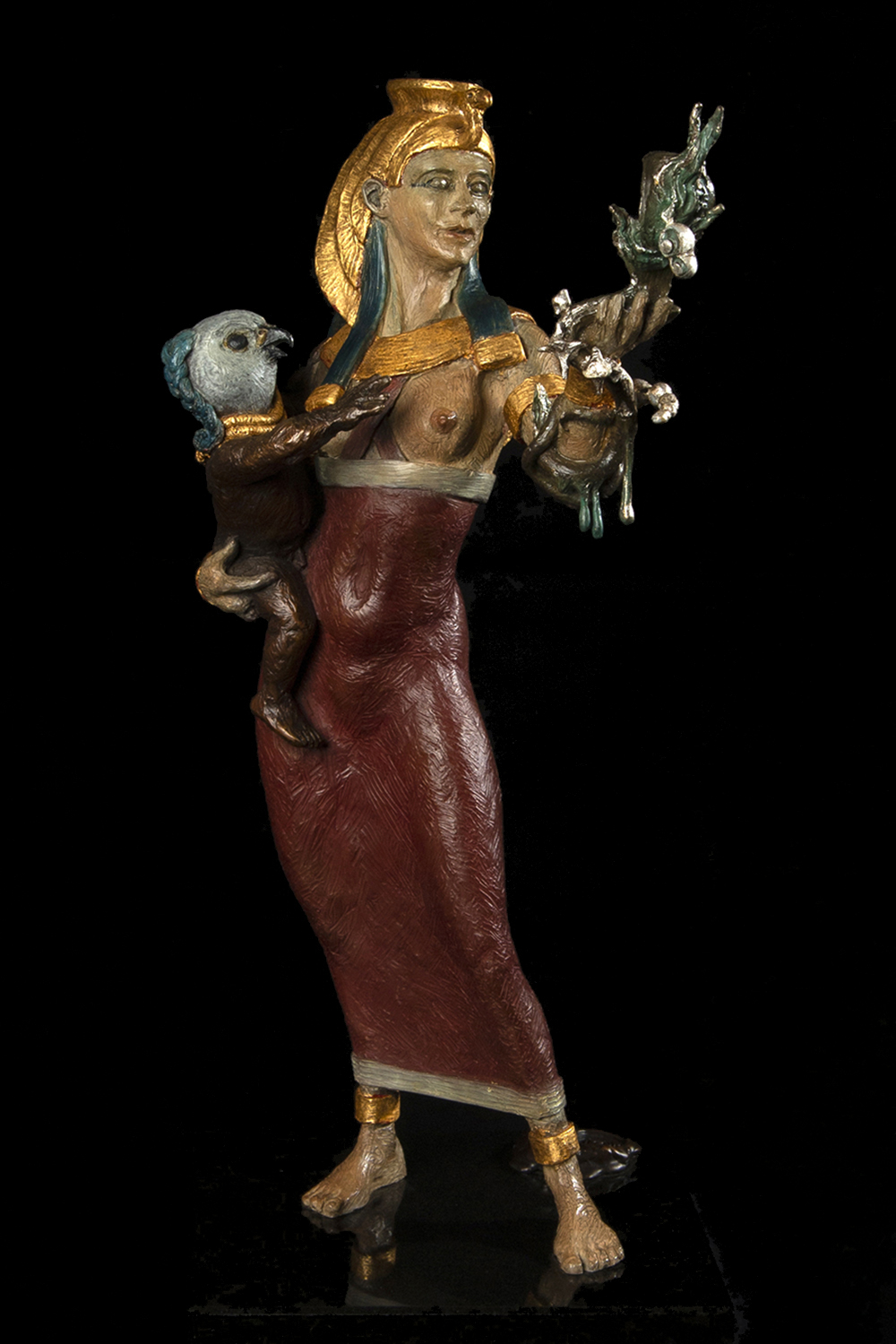 The patron of mothers & wives, as well as magicians and healers, Isis was the essence of womanly charms and the soul of eternal love – though no less fierce in the defense of those under her protection for all of that. She was greatly revered and much loved for her nurturing and forgiving attributes. She was credited with teaching the Egyptian people how to grind barley, make bread, brew beer, spin flax, weave cloth, and cure disease.

The “Great Lady of Magic”, she was a powerful sorceress… her reputed magical abilities greater than that of all other neteru. As a patron of royalty, she represented the Great Royal Wife of the pharaoh, and was a protector of the Two Lands of Kemet (lit. “Black Land”, a reference to the rich, dark soil along the Nile River).

Here Isis is portrayed with her infant son balanced on her hip. She wears the royal Vulture Crown and the traditional sheath-dress with broad collar [

] is portrayed as a child, atypically with the head of hawk-chick, rather than that of a human. He wears a Shebiu-Collar Necklace with a counterpoise inscribed with an ankh [

], and sports the Sidelock of Youth – an identifying characteristic of children in ancient Egypt and symbolic indicator that the wearer was a legitimate heir of Osiris [

]). With her outstretched hand Isis conjures a sacred cobra (uraeus [

]) – the creature she created to suborn Ra [

], and force him to abdicate the throne in favor of her husband, Osiris.