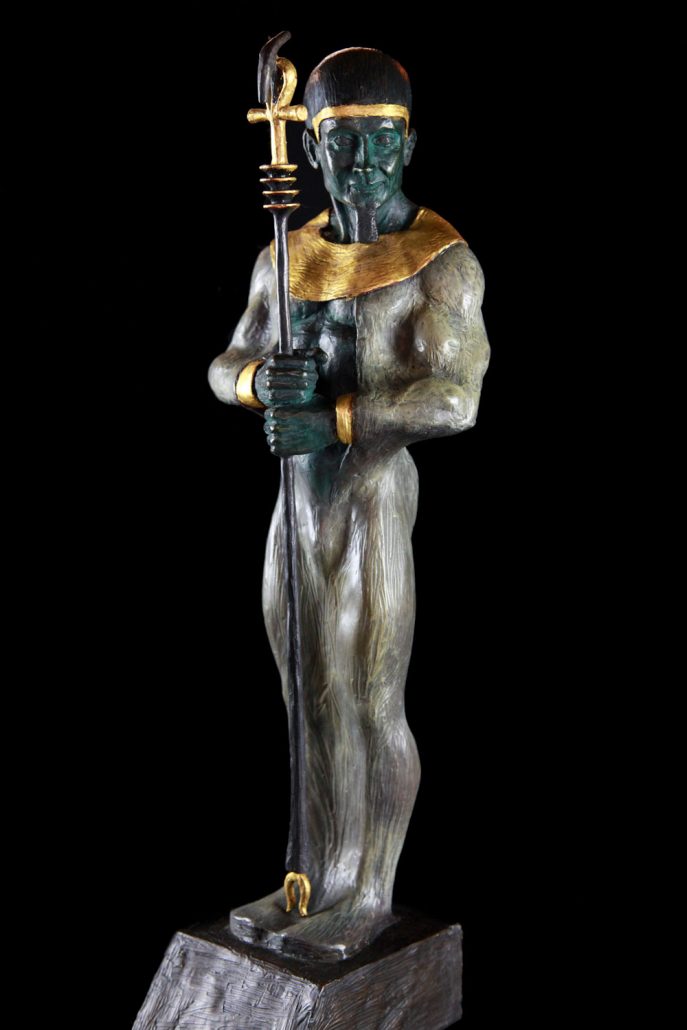 The demiurge* of the Memphis Creation Myth; Ptah was the Patron of the Arts; Protector of craftsmen, stonecutters, metalworkers and blacksmiths, carpenters, shipbuilders, sculptors, painters, and architects.

According to myth, Ptah was the first entity: self-created and whole unto himself. He conceived the idea of the universe and felt its reality within his heart [

] (believed to be the seat of emotion, thought, will and intention), and bringing the force of his will to bear on the outcome he desired, he spoke the words with his tongue [

] and creation began. He was unique amongst Egyptian creation gods, in that his methods were intellectual, rather than physical.

Here Ptah is portrayed in a slight variation on his traditional pose, holding his scepter which incorporates three powerful symbols of ancient Egyptian religion: the was scepter [

], symbol of power or dominion; the ankh [

], which represents the concept of eternal life; and the djed pillar [

], representing stability. He stands upon a plinth in the form of the hieroglyphic symbol [

] used to write the name of Ma´at, the goddess of order or justice, and also significantly, the same shape as a tool used by stonemasons and architects to form a straight edge.

* an artisan-like figure responsible for the fashioning and maintenance of the physical universe.