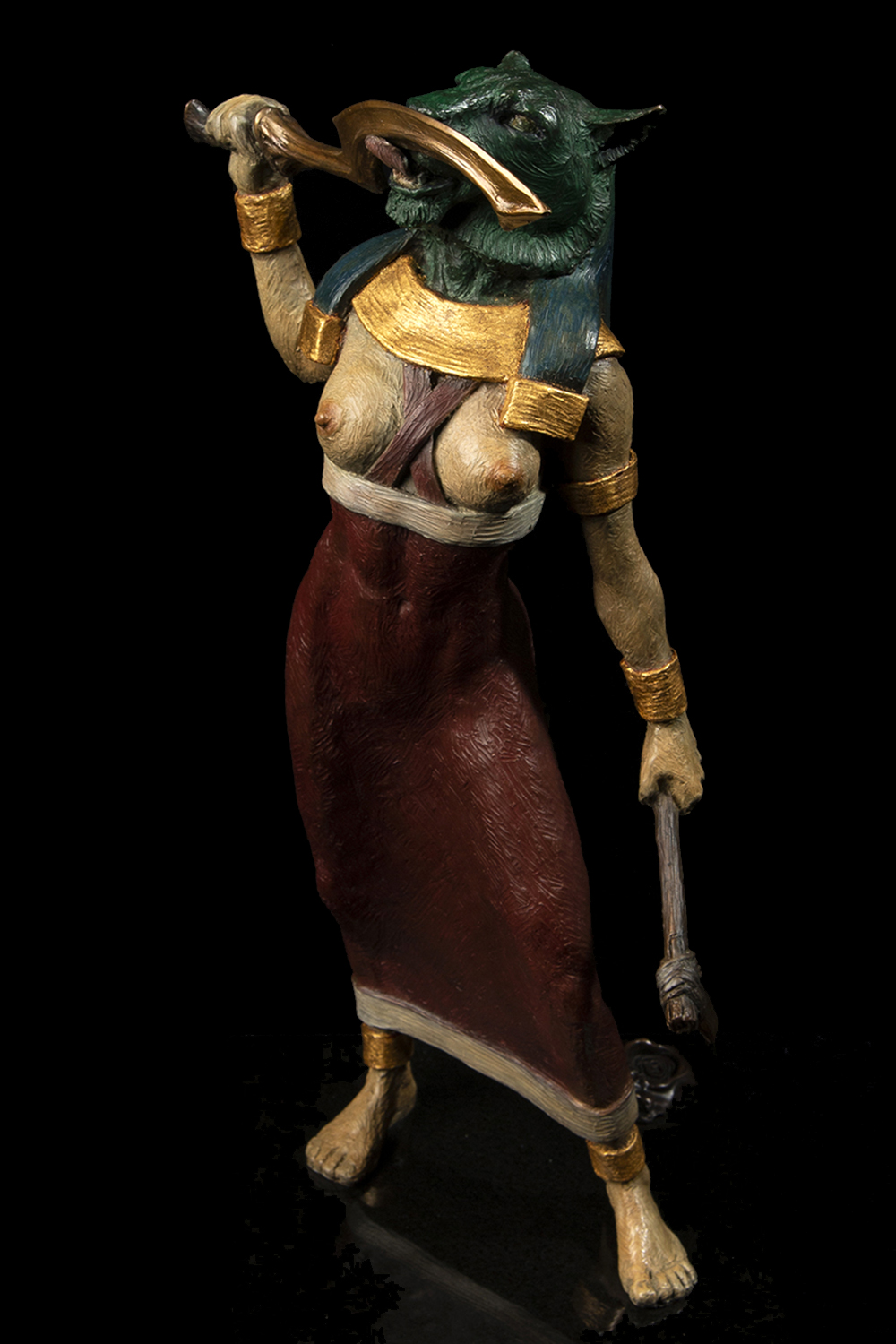 A fierce warrior-goddess, renowned for both her aggression and bravery, Sekhmet was recognized as the source of divine retribution, vengeance, destruction, conquest, and war. She was most revered as the protector of the goddess Ma´at [

], who was the embodiment of balance, justice and right action.

Sekhmet was said to be the Eye of Ra [

] – the daughter of the sun-god, plucked from his brow and sent to slaughter the wicked among his subjects on earth. However, she was overcome by her bloodlust and her rampage lead to more death and destruction than Ra [

] had bargained for. Ra felt compelled to intervene, and the carnage was eventually halted when Sekhmet was subdued with great quantities of beer dyed with red ochre to resemble blood. She gorged on the “blood” and became so drunk she passed out, and on awaking was possessed of such an extreme hangover that she gave up the slaughter and returned peacefully to her father’s side. There is a lesson here… that even the protector of balance may need watching and intervention.

As a solar goddess, she was connected with the scorching and burning heat of the sun; her body was said to take on the bright glare of midday, and her breath formed the deserts. The warrior manifestation of the sun, she was a source of great fear to wrongdoers and the enemies of Egypt. However, her nature was dualistic, encompassing both destruction and healing. In the same way that she could bring the desert winds, she could deflect them, or bring cool breezes. She was the bringer of natural disasters and could cause, as well as avert, all forms of pestilence, famine, or epidemic. It was believed that she could send plagues against those who angered her, but just as she had brought the plague, she could cure it. She was particularly associated with both illness and its remedy, and became known as a patron of healers.

Here, Sekhmet stands in the fullness of her power in the midst her legendary slaughter. Captured in a moment of ecstatic bliss, with her battle axe [

] held at her side, she throws back her head to lick the blood of her enemies from the blade of her khopesh [

], savoring the triumph of her vengeance.