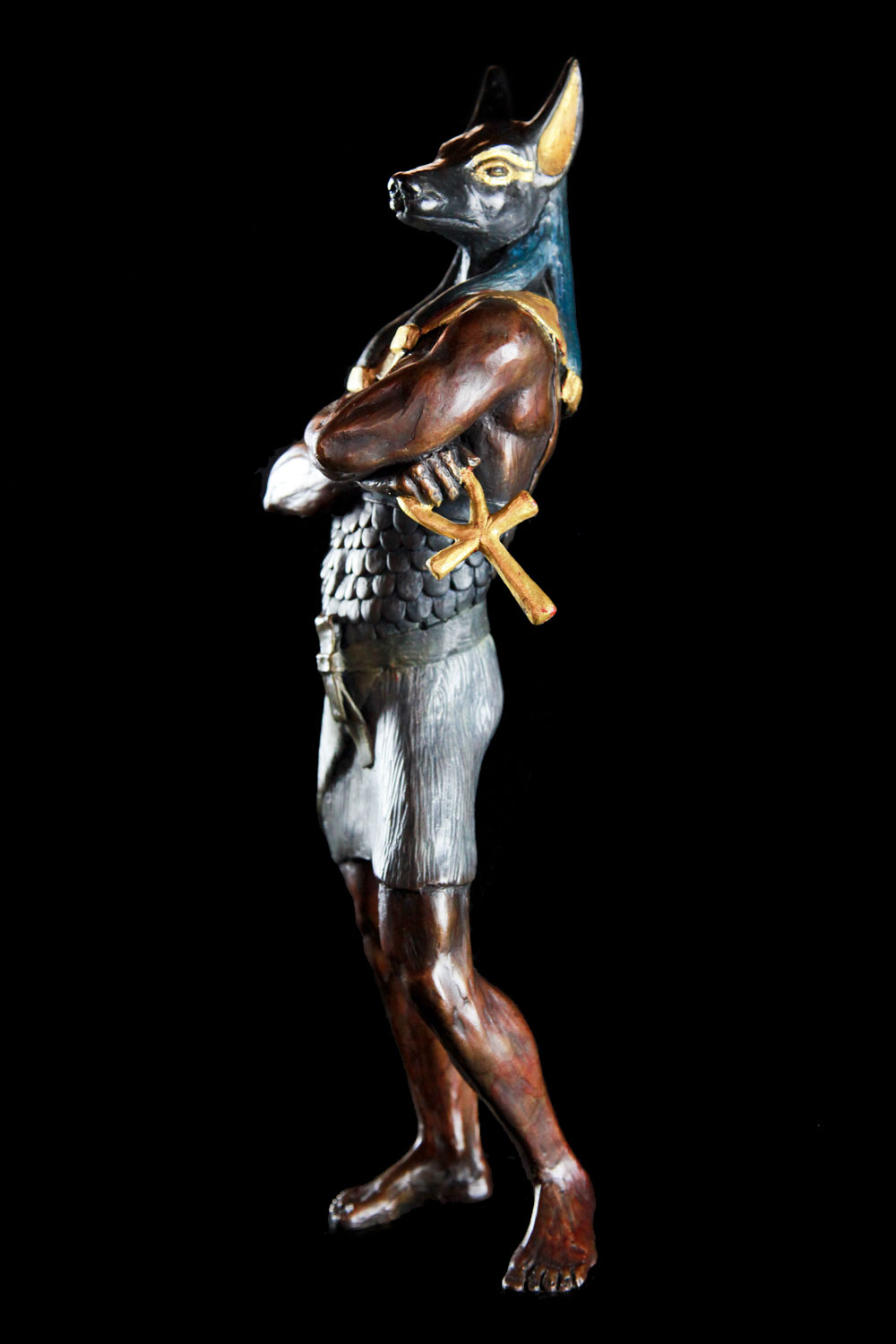 Guardian and Protector of the Dead; Patron of Lost Souls and Orphans; Patron of Funeral Rites and Mummification.

As the “Guardian of the Scales,” he was a psychopomp* who ushered the souls of the newly dead into the afterlife to the Judgment Hall of Osiris, where he performed the “Weighing of the Heart” to assess the worthiness of those souls. Their admittance to the ranks of the Blessed Dead was reliant on their having lived a life in balance with the precepts of Ma’at.

]) was placed in the balance against the ostrich Feather of Truth [

] (representative of the goddess Ma’at). Those whose hearts proved equal in weight to the feather would be allowed to enter the Afterlife, while those whose hearts proved heavier would be consigned to “the Great Death” (non-existence), and would be cursed to wander for eternity as restless spirits, while their hearts were consigned to the jaws of the monstrous female demon, Ammit [

Here Anubis, portrayed as both guardian and judge, is holding an ankh [

], also known as breath of life, or the key of the Nile, which represents the concept of eternal life.

* literally meaning the “guide of souls”, psychopomps are supernatural creatures whose responsibility is to collect and escort newly deceased souls and provide safe passage from earth to the afterlife.