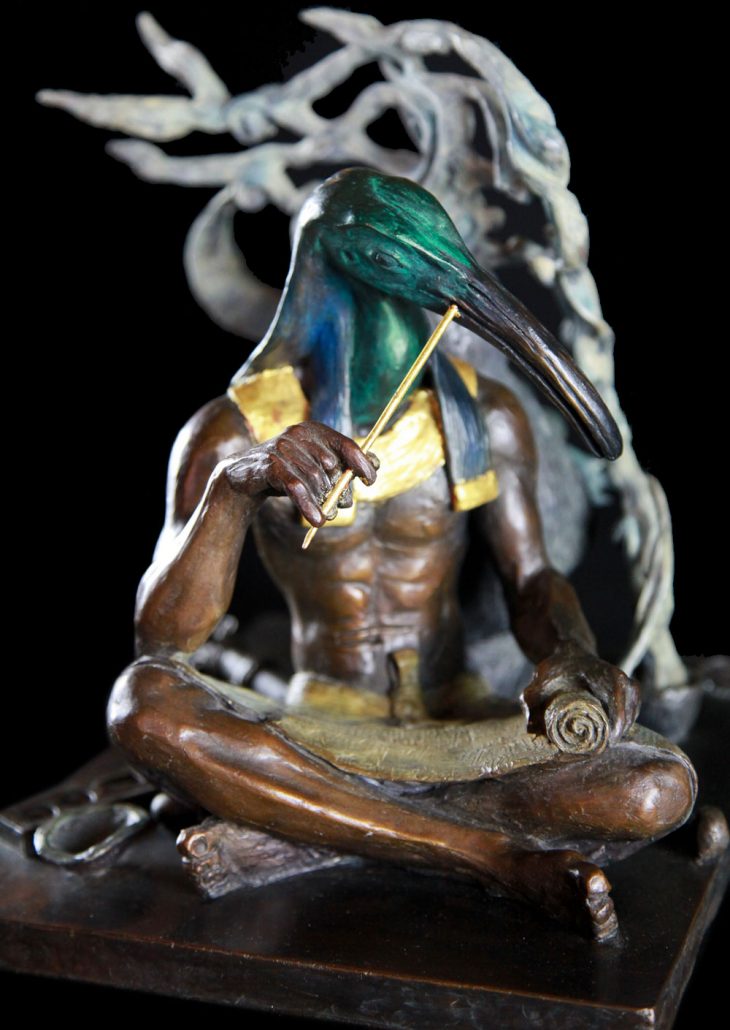 God of Wisdom; Patron of Scribes and the Written Word; credited with the invention of Writing and Hieroglyphs, Medicine, Science, Philosophy and Magic.

As the “Scribe of the Company of the Gods” he was maintainer of the universe and overseer of time and seasons, who was said to allot fixed lifespans to both humans and gods. He was also know as “The Elder” – first and greatest of magicians – credited as the “Author of Every Work on Every Branch of Knowledge, Both Human and Divine”. He was the master of both temporal and spiritual law, and was renowned for always making proper application of the precepts of ma’at (the concept of truth, balance, order, harmony, law, morality, and justice).

], surrounded by the tools of his trade. At his back sits his baboon aspect, Astennu, who weaves a spell from the rising incense smoke, invoking the Eye of Ra [

] – a most potent symbol of power & protection.