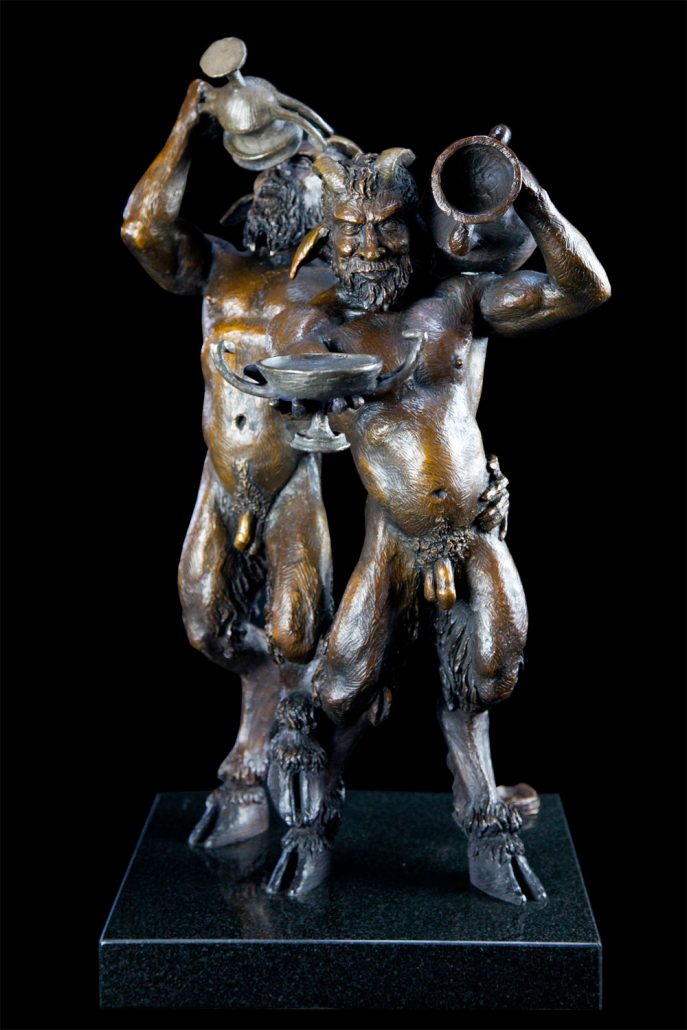 As Dionysian creatures, Satyrs are eager for every hedonistic pleasure and are often represented inebriated, clasping wine cups as well as the various vessels and paraphernalia the ancient Greeks and Romans utilized for the preparation and serving of wine.

The fore satyr in this pair, the Amphorae Bearer, suggestively offers the viewer a kylix (Ancient Greek: κύλιξ, pl. κύλικες), a common type of wine-drinking cup, while he balances an open amphorae (Ancient Greek: ἀμφορεύς) on his other shoulder.

His crony, the Carouser, who is already “deep in his cups” and none too steady on his hooves, drinks from a kantharos (Ancient Greek: κάνθαρος), a wine vessel symbolic of Dionysus, the god of the vine, and associated with his rites, rituals and the pouring of libations.

This piece is my homage to, and personal interpretation of, Zwei Satyrn (Two Satyrs) [1618-1619. Oil on canvas. 76 cm. x 66 cm.] by Peter Paul Rubens, a stunningly sensual Baroque work I first viewed as a college student in the Alte Pinakothek in Munich and has captivated my imagination ever since.